We have already shown that the microstructure is important because it determines many of the physical properties of materials. For example, grain size can influence tensile strength and the properties of grain boundaries can determine the way in which materials fracture. Optical microscopy and scanning electron microscopy are both extensively used to examine microstructures: polishing and chemical etching can reveal the positions of grains and grain boundaries, but these techniques may not reveal all of the grains and provide little quantitative information about either the grains or the boundaries. This is where Electron Backscatter Diffraction (EBSD) comes in – by measuring crystal orientations it can show unambiguously the position and can determine the nature of all grains and grain boundaries.

Microstructure revealed on the surface of a sample by chemical etching.

Furthermore, a single automated EBSD dataset contains a wealth of additional information, including the grain size, the nature of the boundaries (including special types of boundaries such as twin boundaries), the distribution of phases, the intracrystalline deformation and so on. Further in-depth analysis of an EBSD dataset can extract information about dislocations in the material, elastic properties such as the Young’s Modulus, details about phase transformations and even, with advanced analysis tools, information about elastic strain and residual stresses. 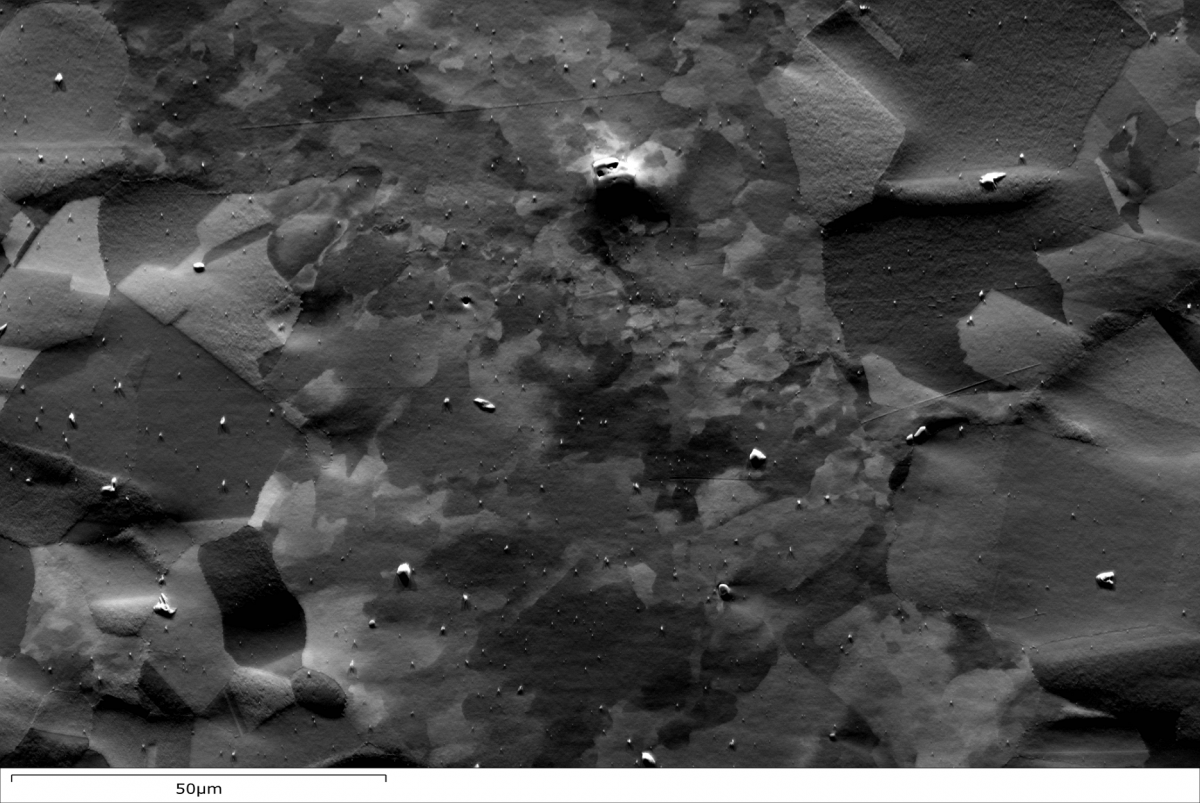 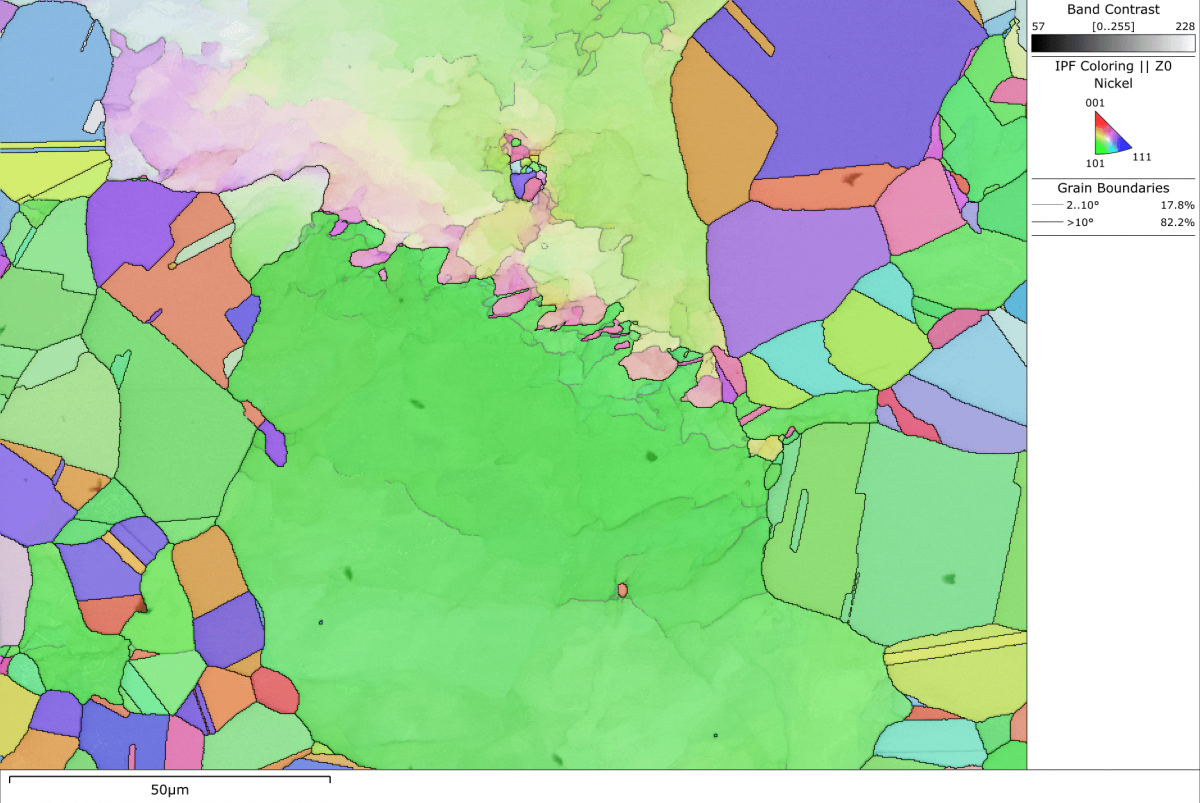 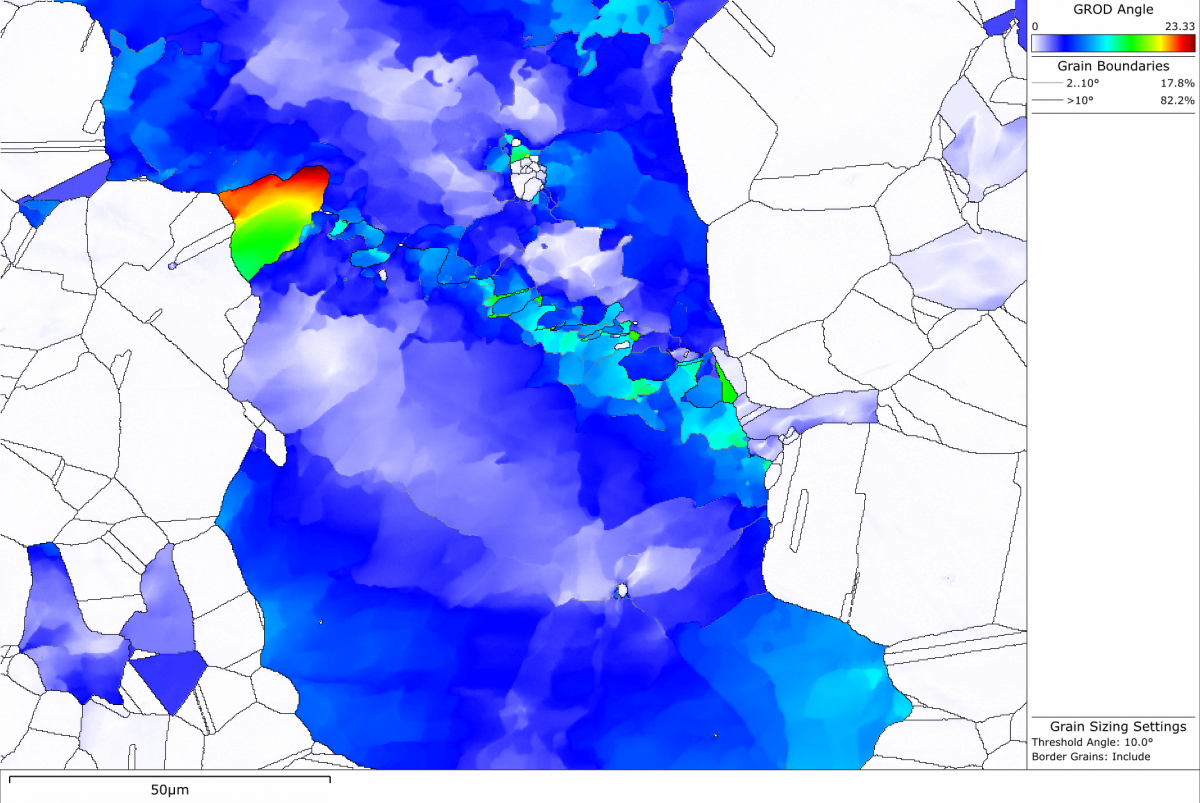 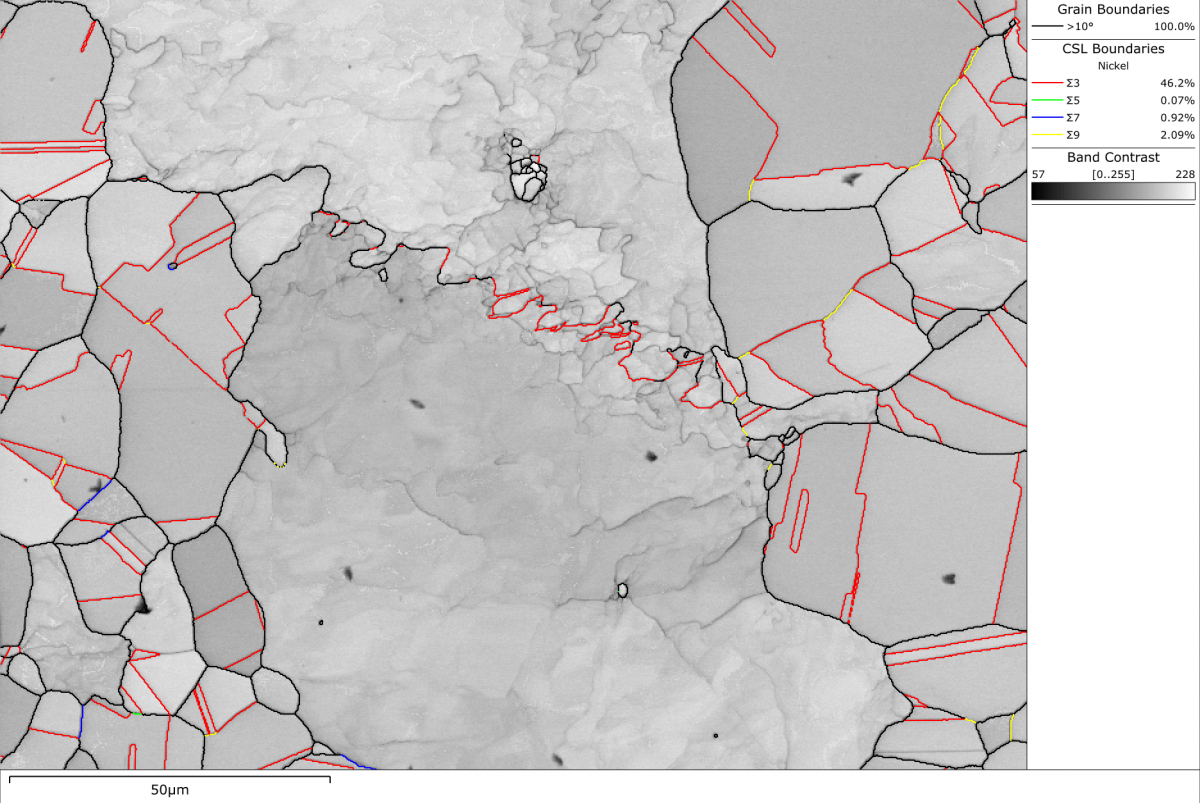 EBSD is unique in that it provides a link between microstructure and crystallography. It complements conventional analysis techniques by providing definitive information about the crystal orientations present in the sample and, in combination with compositional information using EDS, is the perfect tool for microstructural characterisation.